FOR IMMEDIATE RELEASE: Kalik and The Bahamas National Trust joins forces to preserve the future of conch.

Kalik and The Bahamas National Trust joins forces to preserve the future of conch.
The Commonwealth Brewery Brand is contributing $10,000.00 toward conch conservation efforts. The Bahamas National Trust has launched a nationwide campaign titled “Conchservation”, which is aimed at protecting the Queen Conch from the further decline of its stocks through the development and awareness of sustainable fishing practices. Managing Director of Commonwealth Brewery, Hans Neven noted that “Commonwealth Brewery and Kalik are delighted to be a part of the Conchservation initiative as conch and Kalik go hand in hand. Conch is something we all cherish and it plays an integral role in this country and to the culture of The Bahamas. It is imperative that we are a part of this initiative to sustain conch and in turn, this precious culture, for countless years to come.” Eric Carey, Executive Director of the Bahamas National Trust also made remarks to this effect, he noted that “The fact that there is a real possibility we could lose this iconic culinary item, is almost unimaginable to most Bahamians – it is eaten and treasured by most Bahamians. The Conchservation Campaign is an effort to bring awareness of the threat facing this important fishery species, and to hopefully bring Bahamians together to help ensure its survival. This support from Commonwealth Brewery helps to ensure that Bahamians everywhere will long into be able to enjoy their beloved Kalik and conch salad”. 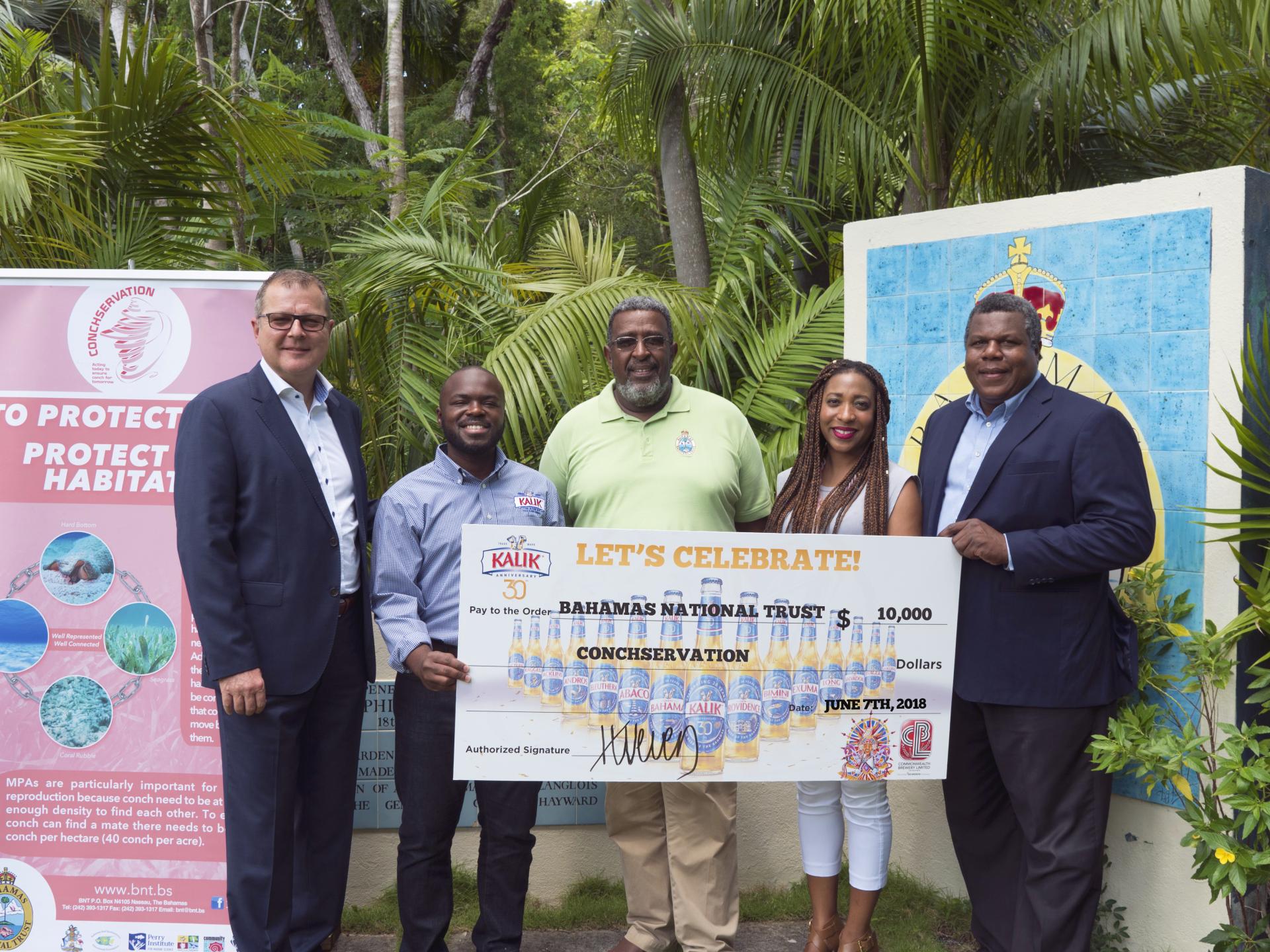