BNT Responds to Proposed Oil Exploration in The Bahamas

October 5, 2020, NASSAU, BAHAMAS– The Bahamas National Trust (BNT) has taken note of the recent national discussion, and media reports about the oil exploration well planned to be drilled before the end of this year by The Bahamas Petroleum Company (BPC). BNT further notes that the recent statement by the Minister of Environment and Housing, that The Bahamas Government has issued all necessary environmental clearances for this first exploratory oil well. The Minister advised that the Office of the Attorney General has advised that the Government of The Bahamas (GOB) was obligated, by virtue of previous apparently binding agreements, to allow this well to proceed. 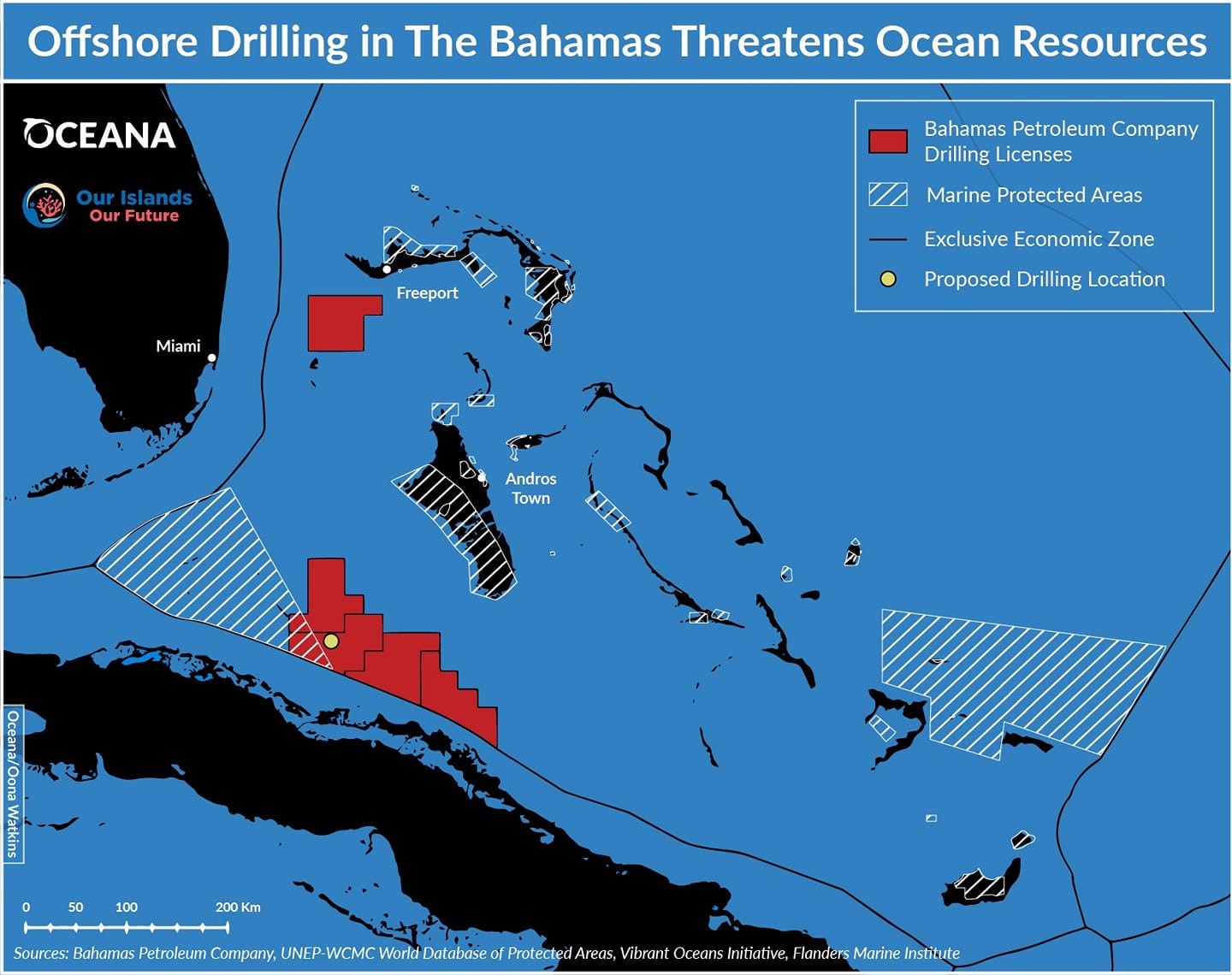 While the BNT understands that complex negotiations may have resulted in the Government being legally bound to honour this commitment, the organization has very serious concerns about The Bahamas allowing the exploration for possible exploitation of fossil fuels.

The Bahamas is known to be one of the most vulnerable nations on the planet to the impending impacts of climate change. It is now recognized as an existential threat to The Bahamas. The country, its people and their way of life could disappear if it is not successful as a global community in reversing the factors of a changing climate. Climate-charged Hurricane Dorian and the recent unprecedented number of concurrent named tropical storms and systems are clear indicators of climatic change.

It is patently clear that The Bahamas’ livelihood and survival depends not only on minimizing but reversing the impacts of climate change. Consequently, polices and regulations must reflect the global and national efforts to combat the impact of climate change.

The proposed initial well dubbed Perseverance-1 by BPC is within rowing distance of the Cay Sal Bank, one of the most ecologically productive and economically important marine systems in the country. The Cay Sal Bank Marine Protected Area (MPA) was declared a protected area by pronouncement and by National Gazette in September 2015. The globally significant declaration was in fulfillment of The Bahamas’s commitment to protecting 20% of the near shore marine environment. It was also in fulfilment of inviolate obligations under the Global Environment Facility (GEF) Full Sized project.

Cay Sal has thriving marine life inclusive of commercially important species including some of the last remaining viable populations of the queen conch. The importance of the Cay Say Bank for biodiversity and the fishing industry in The Bahamas cannot be overstated. Because of its strategic importance, any pollution of the area would be devastating for The Bahamas and its fishing industry.

The BNT understands that these historic leases were issued before some of the current UN and national environmental protocols and goals were established. It is also cognizant of the fact that the GOB must consider economic development and has difficult decisions to make balancing economic activity whilst simultaneously protecting the environment.

Notwithstanding the above, based on the country’s commitment to the United Nations Sustainable Development Goals, and the threat of climate change to our very existence, the BNT strongly believes that The Bahamas should not, in 2020, be allowing the exploitation of fossil fuels within our country. The economic gains from exploiting and burning fossil fuels are short-term and are ironically helping to shorten the lifespan of these islands. The BNT is extremely concerned about the impacts of climate change and the general health of the environment of The Bahamas. The organization is extremely apprehensive about advancing oil exploration in the country.

Several Bahamian Prime Ministers have appealed to the United Nations (UN) for urgent action to combat climate change, citing to the world how vulnerable and threatened The Bahamas is to its impacts. Bahamians cannot therefore cry out to the world that its country is being severely threatened by climatic changes, and in the same breath, boast of a newfound fossil fuel industry. This would present to the world from our sunny isles a hypocrisy that wholly undermines what fellow Alliance of Small Island States (AOSIS) have been trying to accomplish.

Despite the many voices that are speaking out against the exploratory oil well, if it is to go forward, the nation needs assurances that BPC puts in place as many safeguards as possible. If, as the Hon. Minister of Environment states, The Bahamas’ hands are legally tied and that this first well must proceed, the BNT urges extreme caution. The GOB must ensure that it exercises due diligence with the implementation of international best practices and the industry must be regulated to the highest environmental standards.

Finally, BNT also recommends that if the operation does proceed, and if viable quantities of oil are found, that the GOB would ensure that proceeds from its sale benefit Bahamians broadly and the environment in particular. It is noted that as legislation to govern this industry is advanced, that there was also legislation that established a Sovereign Wealth Fund. If there are to be proceeds from this industry, this is an opportunity to kick start the Sovereign Wealth Fund – to allow for benefits to accrue to all Bahamians.

From an environmental perspective, The Bahamas has also created the Bahamas Protected Areas Fund (BPAF) as a sustainable funding mechanism for protected areas throughout the country. As for a condition for the stated environmental clearances, and as a mitigation option, the BPAF could be the second beneficiary of any proceeds from this industry. This would be appropriate, in light of the fact that the proposed drilling activity is in such close proximity to one of the most ecologically and economically significant MPAs in our country.

Topics like climate change underscore the importance of having national parks and marine protected areas. National parks protect environments in all corners of the archipelago. The BNT helps protect biodiversity that are essential to the Bahamian way of life.