November 6, 2020, NASSAU, BAHAMAS– The Bahamas National Trust (BNT) has taken note of the recent comments made by The Deputy Prime Minister (DPM) in the House of Assembly about sharks and turtles.

While the BNT understands the concerns expressed by fishermen about shark interactions while fishing, spearfishing, and diving, the BNT would like to remind everyone that there is no scientific research that supports an increase in shark populations in The Bahamas.

Fishing and spearfishing are acts that attract predators. With more humans increasingly going in the ocean and doing certain activities that will attract sharks, shark-human encounters will increase.

The BNT is in alignment with the DPM that more studies need to be conducted about the population of sharks and turtles in The Bahamas, likewise for all species.

Eric Carey, Executive Director, Bahamas National Trust, stated, “I reached out to the Deputy Prime Minister to get a better understanding of what he was intending to convey in his statements. While the BNT doesn’t feel it is necessary to reduce conservation measures put in place to protect sharks, we agree with The DPM that we need to conduct more studies and do a better job of engaging fishermen so that we get a clear understanding of what they are experiencing.” 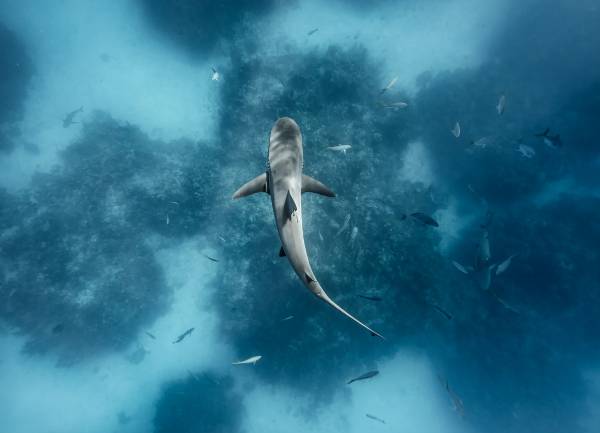 The BNT would like to use this opportunity to share some critical information about sharks and the regulations governing them in The Bahamas:

The BNT also notes statements made by the Deputy Prime Minister about sea turtles feeding on conch.

Green sea turtles are necessary in keeping seagrass beds healthy. Healthy seagrass beds are crucial in supporting conch populations, which feed on the algae found on seagrass. The reality is that while sea turtles do naturally feed on conch, without sea turtles, the seagrass beds crucial to the survival of conch would not be healthy, and thus conch would be in even greater trouble. So, both species depend on each other for their long-term survival. Loggerhead turtles feed on the queen conch, but only at certain life stages. The impact of sea turtles on conch populations is therefore minimal, and more importantly this is a part of maintaining nature’s balance. It is important to note that while there may have been some recovery in local populations, sea turtles remain critically endangered across their range and are some of the most endangered animals in the world.

Their importance to the culture, economy, and environment of The Bahamas is the reason why sharks and turtles were formally protected by the government.

More public education on the importance of sharks and sea turtles is needed and we have to come up with reasonable solutions to help protect both people as well as these resources that we need for our very own survival.

It is important that the government, conservation organizations, fishermen, and the public continue to work together to ensure that conservation benefits people and the environment.