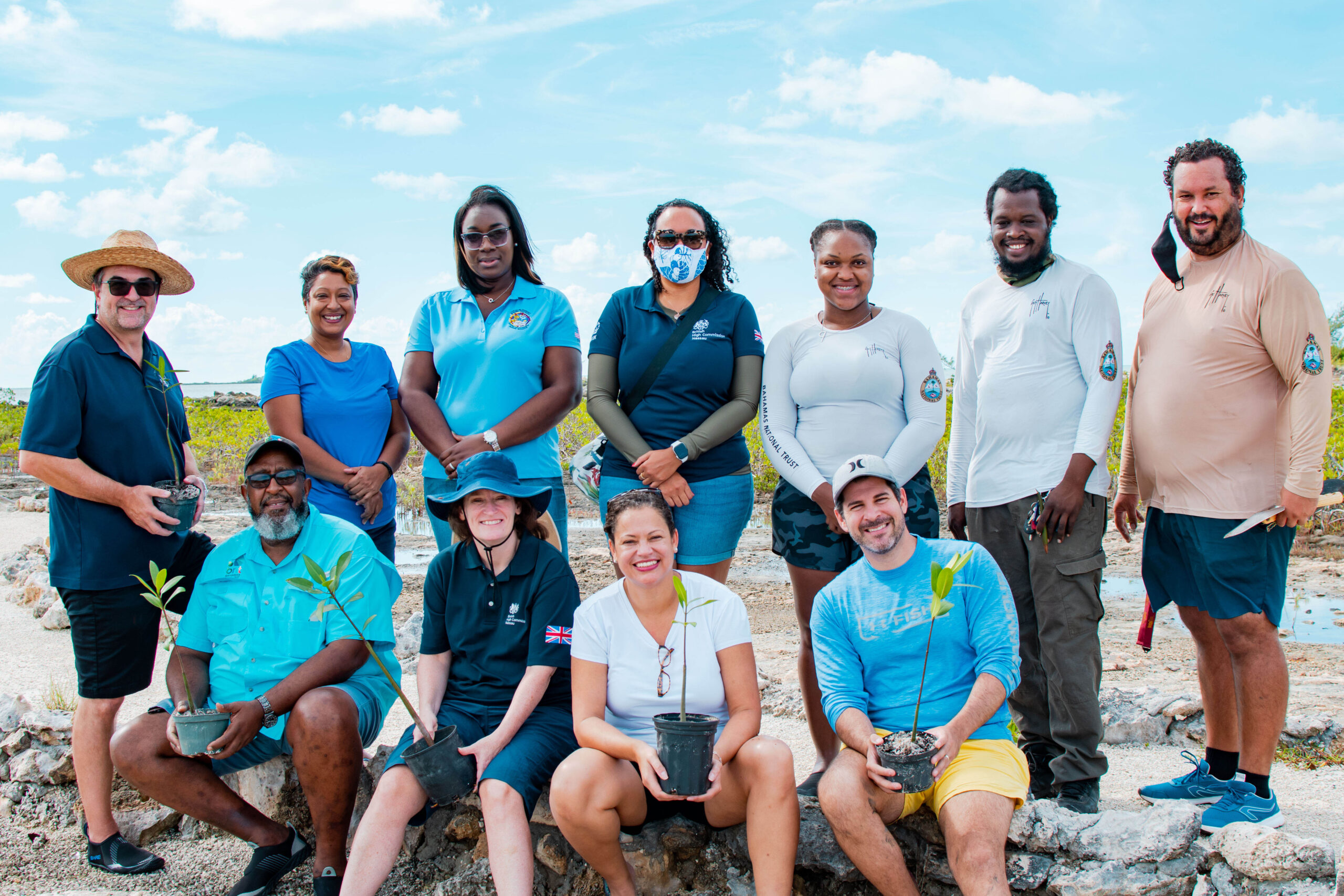 The Bahamas National Trust (BNT) recently hosted several members of the Diplomatic Corps to a day of conservation impact at The Bonefish Pond National Park (BPNP).

The diplomats and other representatives of each organization participated in restoration efforts at Bonefish Pond National Park by planting red and black mangroves.

This conservation activity is especially timely given the upcoming COP26 which will be hosted in the UK this year. “Conference of the Parties” or COP is the United Nations Climate Change Conference that has been going on for nearly three decades. It is an annual meeting of world leaders; and at COP26, countries that previously signed onto the monumental Paris Agreement (which seeks to reduce global warming to below two degrees) will have to update their national plans to help achieve this global goal for the first time since the initial agreement in 2015. The Bahamas is one of these countries that joined the agreement. 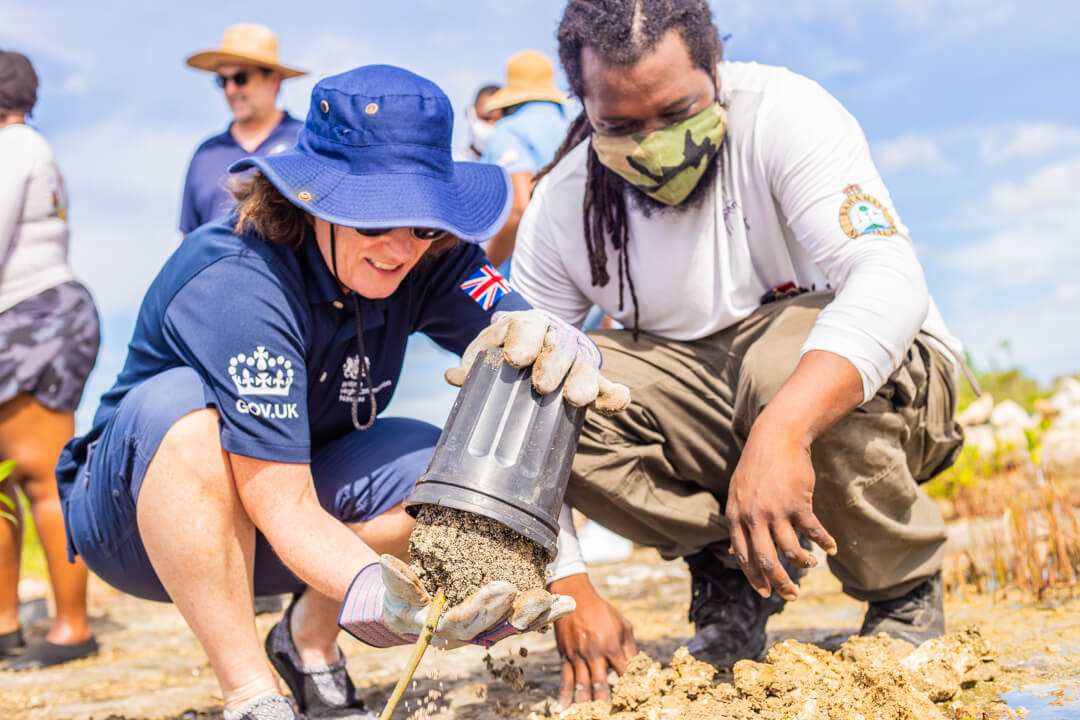 The COP26 website outlines the goals of this year’s summit, one of which focuses specifically on the protection and restoration of natural habitats and ecosystems. This is where initiatives to protect and restore mangroves can come into play in a big way, and CARDI Country Representative, Dr. Michele Singh, expressed her delight in being a part of such an initiative.

“In The Bahamas, the mangrove system is an integral component of this archipelagic state,” Singh said. “The functions provided by mangroves, and wetlands in general, have a positive value to the agriculture sector. At Bonefish Pond, given the close proximity of livestock farms which have the potential to pollute valuable freshwater reserves, the recent mangrove replanting exercise builds a more resilient ecosystem that provides a natural filtration system for groundwater. CARDI is pleased to have participated in this event.” 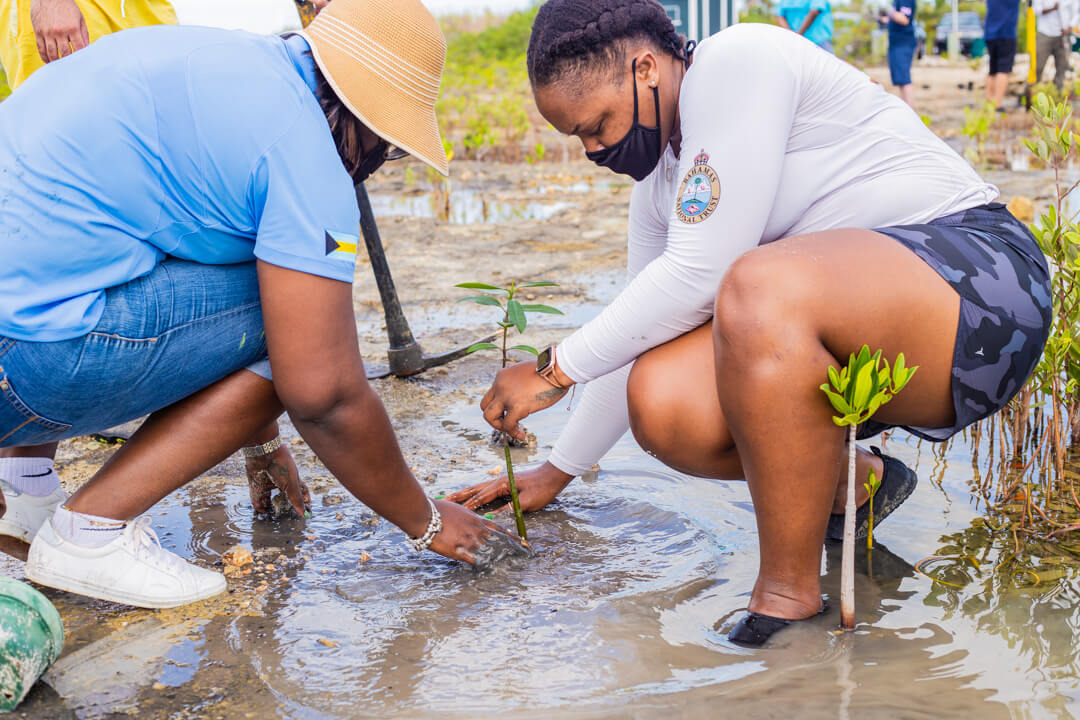 Among the various other ecosystem services mangroves provide to both nature and people is their ability to absorb massive amounts of carbon from the atmosphere. This makes restoring and maintaining mangrove habitats like Bonefish Pond National Park a great way to play our part in meeting the goals of COP26 to help reduce global carbon emissions significantly by 2030 and meet net-zero global emissions by 2050.

British High Commissioner, Sarah Dickson said, “This is the second mangrove planting I’ve participated in this year with the BNT. I’m really proud to support a nature-based solution to climate change here in The Bahamas. Nature-based solutions are amongst the key goals of COP26, which is being hosted by the UK this November. The fact that diplomats from several different countries and organisations have come together shows how this is a task the whole world has to play a role in.”

US Embassy Charge d’Affaires, Usha Pitts said, “Although we planted red mangrove propagules, Bonefish Pond is also home to black and white mangroves, all of which serve as a natural windbreak during storms.  And like all plants, they prevent erosion and trap carbon. So, our work with the BNT and our friends in the environmental and diplomatic corps goes a long way towards combating climate change and mitigating its consequences in The Bahamas; it was also really enjoyable and a fun way to spend a Friday morning.” 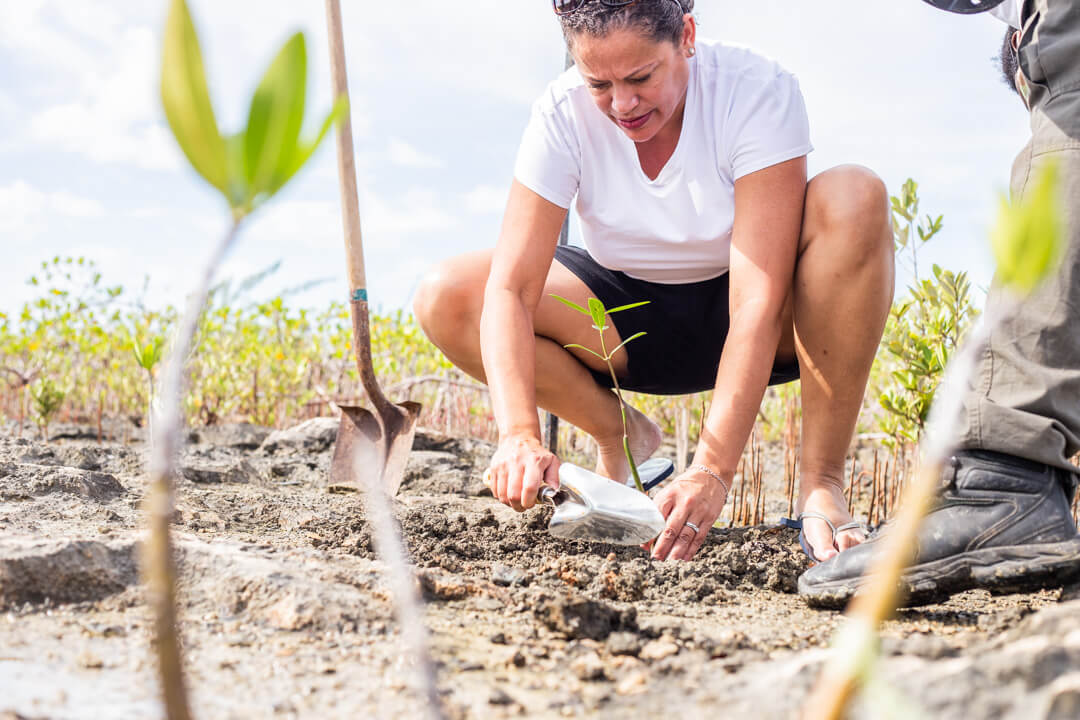 Ambassador to Brazil, Claudio Lins said, “In this fascinating visit I have learned from the Bahamas National Trust that Bonefish Pond National Park plays an important role not only in bonefish preservation but also to protect the coastline against erosion and hurricanes. Brazil also has extensive mangroves, which are one of the most productive ecosystems on the planet. I was very honoured and happy to take part in this important initiative.”

With the upcoming COP26 in mind, The Bahamas National Trust has made a concerted effort to combine its conservation goals with that of helping to reduce global carbon emissions – a responsibility The Bahamas signed onto with the Paris Agreement at COP21 in 2015. The recent mangrove planting is the latest of several restoration and conservation activities that have taken place at Bonefish Pond National Park this year.

BNT Executive Director Eric Carey said “ The Bonefish Pond National Park is one of the last remaining intact mangrove systems on the island, so it’s imperative that we look after this special place so it can continue to provide its countless benefits to both people and the environment. We were very excited to host members of the Diplomatic Corps to show them this special park and have them take part in some impactful conservation action.” 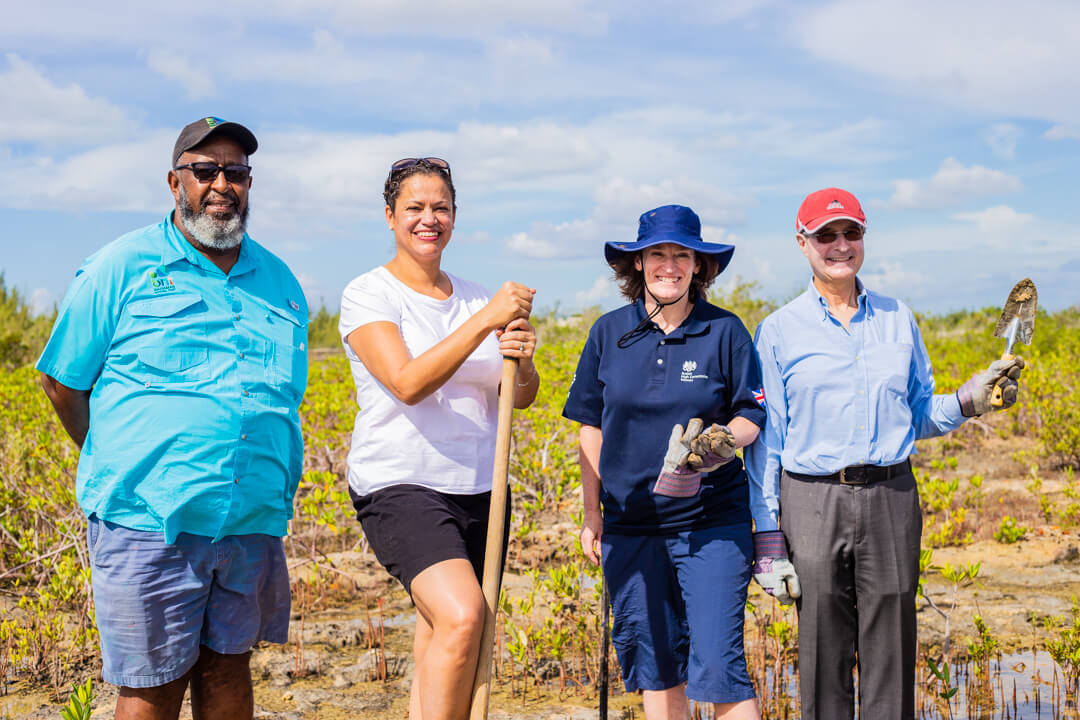